I was raised pre-internet, and us kids would bike to the woods, build fires, and entertain each other with our imaginations. I had stacks of notebooks filled with attempts at illustrated stories. With the help of a little kismet and a legion of mentors, I was able to continue telling stories my whole life — in film, comics, journalism, theater, fiction and museums. This website’s scattershot, eclectic feel is a reflection of the meandering journey I took as I experimented with storytelling. I hope you enjoy exploring the links.

Here are my latest graphic novels, THE SEEDS (2021) with artist David Aja, and RUBY FALLS (2020) with artist Flavia Biondi.

THE SEEDS is about things such as– How do animals see us humans? What would be like to love an alien? What is the secret life of bees?

RUBY FALLS looks at the idea of a neo-noir “fallen woman” and unreliable memories.

As always, my comic stories would remain dreams without wonderful artists such as David Aja and Flavia Biondi, then hopefully the stories truly come alive in your mind, dear readers. The book trailers below give a wonderful flavor for each book

Scenario Vol. 3 No. 4 –
Click on image to read interviews with Waldo Salt and Joe Eszterhas /
Cover by: Philippe Lechien

Much of my journalism is lost to pre-internet paper archives. I wrote for magazines such as DETAILS, Filmmaker, HEEB, Prison Life, High Times, Scenario, Lies of the Times, and many other publications. Here are some links to some of my favorite stories:

The life of a freelance writer is a rollercoaster. Between writing gigs I often took teaching jobs, which led me to teaching film in Haiti, a life-altering experience. David Belle, who founded the film school, mentored me and brought me to Haiti as one of the school’s first teachers. I taught fiction and documentary film in Haiti, on and off for four years. After the earthquake in January 2010 I spent four months producing films — reportage, short docs, a feature documentary, and commissioned PSAs for various NGOs, — with my students at the Cine Institute in Jacmel, Haiti. We sold a short documentary series I produced with my students to CBC TV Canada. We won humanitarian awards for our work at both Sarajevo and Tulsa International Film Festivals. I tried to capture the spirit of Haiti in series of stories 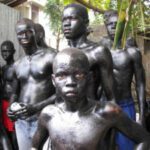 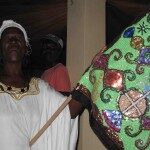 Was Jesus A Zombie?
My first story about Haiti and Voodoo
Counterpunch, May 2016
read

I made two films with co-director Wendy Johnson in Baluchistan. One about the Baluch resistance, and one about hunting with falcons, called Disarming Falcons. I wrote accompanying journalist pieces about each. 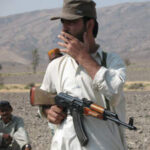 Letter From Baluchistan:
A Call to Resistance: The Khan of Kalat Gathers the Tribes
Brooklyn Rail, Dec 6-Jan 6, ND
read 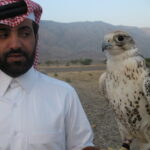 The Most Expensive Road Trip In The World:
Falconing in Baluchistan
DETAILS, Spring 2008
I wrote a story about hunting with falcons in Baluchistan, which first appeared in DETAILS magazine (edited by Todd Pruzan) and was collected in Best American Travel Writing 2008, edited by Anthony Bourdain, who, in choosing my story, was a blessing on my career. It is these moments of recognition that lift a writer, and I will always be grateful to Anthony Bourdain and to Todd Pruzan.
read 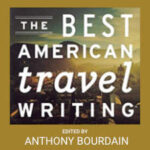 Note: selected for inclusion in Best American Travel Writing 2008, by the great Anthony Bourdain (to whom I’m eternally grateful).
Available at Amazon, here.

In addition to “Goudou Goudou”,  I’ve written a number of, usually short tidbit stories, about some of my favorite objects, filmmakers, and comics, for Josh Glenn and his wonderful website hilobrow.com. Below find links to a few of my favorites (and if you wander the site beyond my stories you will be delighted by the HiLoBrow rabbit holes you can happily fall into, short enthusiasms by a plethora of great writers and artists.) 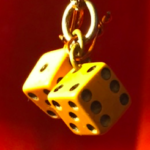 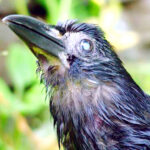 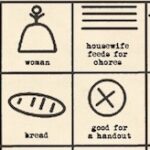 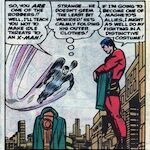 I wrote many stories for the literary magazine Stop Smiling, and guest-edited the gambling issue. Here is an interview with David Milch about the Deadwood TV show. My other stories for Stop Smiling can be found on the site, including interviews with actress Jennifer Tilly, The Nation editor Katrina vanden Heuvel 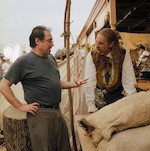 I tend to think in pictures, so it was a lucky break when I answered a mysterious ad in the back of The Village Voice for “editorial” work. That turned out to be Marvel Comics, and I consider the entire staff there, including legendary creators such as Marie Severin, Archie Goodwin, and Denny O’Neil, to be part of the “learn by osmosis” mentor tank which filled the Marvel Bullpen of the 1980s. I wrote hundreds of comics, including Spider-Man, the graphic novel Someplace Strange (with John Bolton), and a long run on Daredevil. I was the editor of the “mutant books” at Marvel, and created the characters Longshot, Typhoid, Spiral, Mojo, Blackheart and many more. For DC comics I wrote Batman, Catwoman, Klarion, Kid Eternity, Katana and more. Most recently, I wrote The Seeds (artist David Aja) and Ruby Falls (artist Flavia Biondi) for Karen Berger’s Berger Books/Dark Horse Comics. Most of my comics can be found by supporting your local comic shop, or from most bookseller sites. Here are some of my favorite comics: 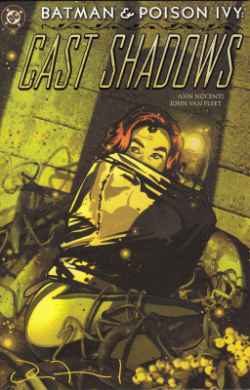 Cast Shadows
A builder with an edifice complex wants the tallest building in Gotham, and casts its shadow on Poison Ivy’s plants in Arkham Asylum, killing them. Guess what she did, with a little help from Batman?
more 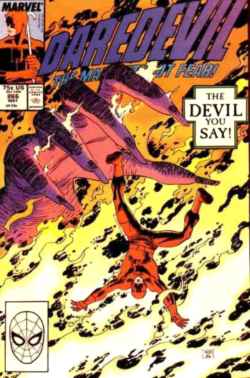 Daredevil
The New York Times selected on of my Daredevil stories in this holiday round-up.
read 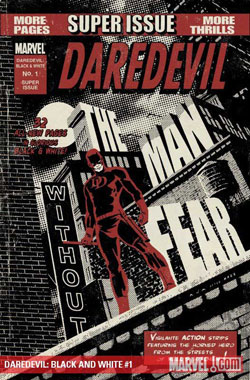 I wrote screenplays for Alliance Pictures, Canal Plus, and many independent producers. My original script TAKING CHANCES (2009) was produced, and starred Justin Long and Emmanuelle Chirqui. 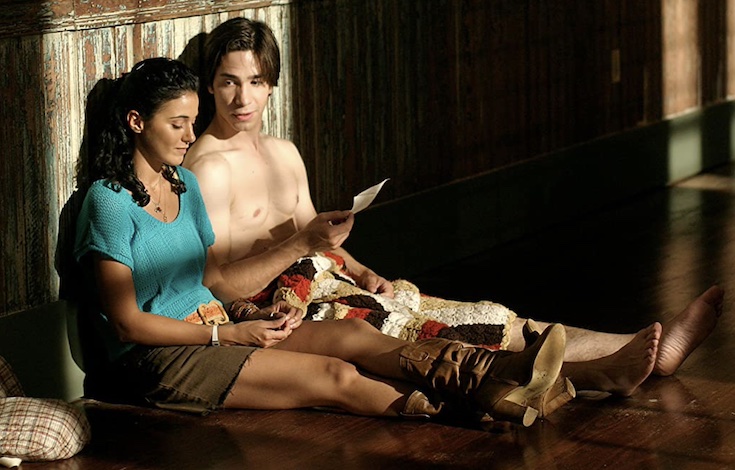 This is a video I made one afternoon, before I knew what I was doing as a filmmaker. It was shot in sequence and un-edited, and so has a crude aspect that I like. It is a portrait of Armand, my partner for a decade, who sadly took the last train out a couple years ago…

The wonderful animator Beck Underwood and horror filmmaker Larry Fessenden curated this series, and here is a link to watch my animated film CREEP, edited by fine-tune master David Ambrose. Please explore the glasseyepix site further for many wonderful films.

Disarming Falcons is a film I made with co-director Wendy Johnson, about hunting with falcons. I’m grateful to Wendy for inviting me to make this film, and to our wonderful hosts on the falcon hunt, who you will meet in the film.

I produce, consult and write the narratives for various museum projects:

MAGIC CITY: THE ART OF THE STREET

Here is the trailer to show the spirit of the show:

And here I am speaking on opening day in Dresden:

Here are some links about this 80-year history of Marvel Comics Exhibition, currently touring the U.S. I was one of the producers, writers, and curatorial consultants on the show.

I love teaching film, especially in the early stages of helping students find a story they wish to tell. I was the editor of Scenario, a magazine devoted to the art of screenwriting, and interviewed greats such as Francis Ford Coppola, Roman Polanski, Steven Soderberg, Darron Aronofsky, Christopher Nolan, Mel Brooks, Steve Martin, Mary Harron, and many others, about the craft of making films. I use everything they taught me, and my own filmmaking experiences, to teach film. I teach bootcamp style, moving quickly from script to shooting, so that students can make a film within a couple days, using flexible scripts. I’ve taught at the IFC Indigenous Film Circle in Finnmark, Norway, for the Woodstock Film Festival At-Risk student workshop in Kingston, NY, at the Tulsa International Film festival film workshop, where I also received a Humanitarian Award for my work in Haiti (presented by the great Haskell Wexler), at the Oklahoma Arts Institute and at the Cine Institute in Haiti. For our work in Haiti, we were presented with the Katrin Cartlidge Film Award at the Sarajevo International Film Festival. 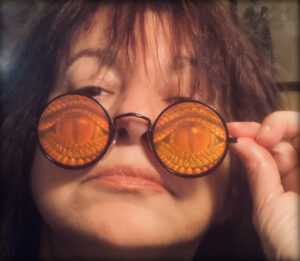 Annie Nocenti is a journalist, writer, editor and filmmaker. Her latest works are RUBY FALLS (2020) with artist Flavia Biondi and THE SEEDS (2021) with artist David Aja, both graphic novels for Berger Books/Dark Horse.

She teaches “bootcamp filmmaking,” most recently to at-risk teenagers in Kingston, NY, to Cherokee Native Americans at the Tulsa International Film Festival, and in Norway for the Indigenous Film Circle.

She taught filmmaking in Haiti for four years. After the earthquake in January 2010 she spent four months producing films — reportage, short docs, a feature documentary, and commissioned PSAs for various NGOs, — with her students at the Cine Institute in Jacmel, Haiti. She sold the short documentary series she produced with her students to CBC TV Canada.

Her journalism has appeared in Details, Utne, HEEB, Stop Smiling, PRINT, Filmmaker, Scenario, and more. She has written about Baluchistan (The Most Expensive Road Trip in the World, Best Travel Writing 2008, chosen and edited by Anthony Bourdain). She made a documentary about the resistance fighters in Baluchistan (with Wendy Johnson) called The Baluch and a film Disarming Falcons (with Wendy Johnson) about falconing, which can be seen on Vimeo.

Her feature script Taking Chances was produced in 2009.

Nocenti is also known for her work in comics, writing Daredevil, editing the X-Men, and creating the characters Longshot, Typhoid, Spiral, Mojo, Blackheart and many more. She was the script editor of The Fifth Night, a screenplay reading series, and the editor of Scenario, a screenwriting magazine. Her series about teaching in Haiti, Goudou Goudou, can be found at http://hilobrow.com/tag/goudou-goudou/

Her latest project was Magic City, a street art exhibit in Dresden Germany, and she continues to work on museums, most recently Marvel: Universe of Super Heroes, a traveling exhibition launched at MoPOP in Seattle. 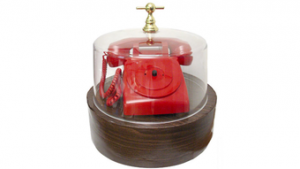